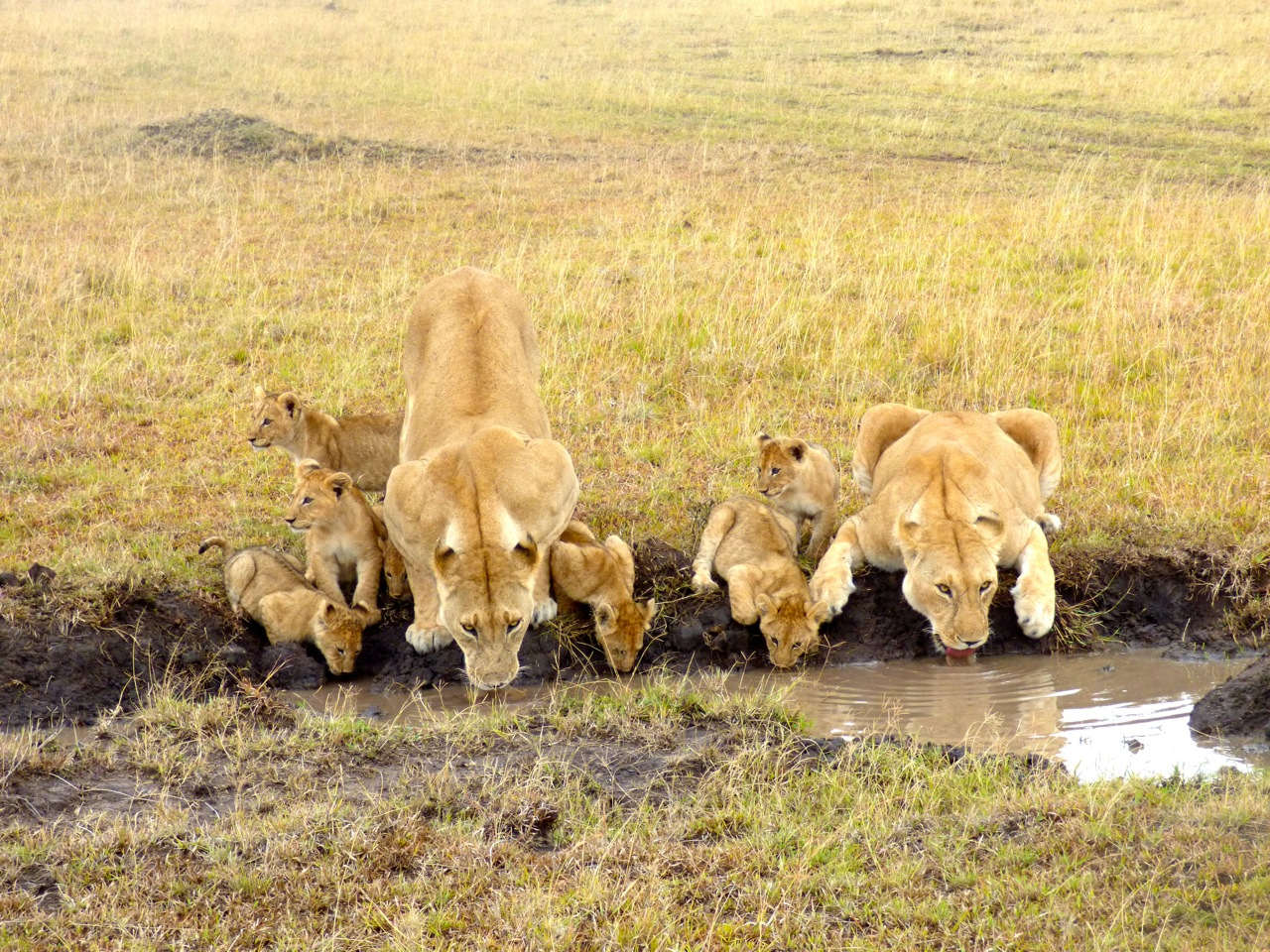 A 12 night tour to Kenya’s best wildlife areas staying in small safari camps for an exclusive and personal wilderness experience away from the crowds.

The Porini Safari Camps are small and exclusive and run on the same environmentally sound principles – working closely with the local communities. All camps are specially designed to have minimum impact with no permanent structures.

Pick up from Nairobi airport (or central Nairobi) and transfer to Nairobi Tented Camp for 2 nights. This offers a superb alternative to staying in a hotel in the busy city centre. The camp is located in the heart of Nairobi National Park and it is the first accommodation of any sort to be allowed in this unique safari destination. There isn’t anywhere else in the world like it: a wilderness escape where you can savour the feeling of being in the wilds of Africa in the heart of thick forest but right on the doorstep of the city of Nairobi. Includes morning and afternoon game drives, lunch, dinner and drinks.

Breakfast at camp. Enjoy a morning game drive or visit the renowned Elephant Orphanage to view the young elephants and learn more about these wonderful creatures. Lunch at camp. In the afternoon head out on a game drive in search of some of Africa’s iconic animals. Return to camp for dinner and overnight.

Early breakfast then transfer to Nairobi’s Wilson (domestic) airport for the morning flight to Selenkay / Amboseli. Met at the airstrip and transfer to Porini Amboseli Camp for 3 nights. Take a game drive or walk, returning to camp for lunch. Later go out on an afternoon game drive to further explore the Selenkay Conservancy. All the big cats have been seen in the Conservancy as well as elephants and a wide range of species including large numbers of giraffes, zebra, and antelopes. There are also less common animals to be seen such as the long-necked gerenuk gazelle, lesser kudu and African wildcat. Enjoy a sundowner at a scenic spot overlooking Kilimanjaro then continue with a night game drive and return to camp for dinner and overnight.

After an early breakfast spend the morning on a game drive in the Selenkay Conservancy and an escorted nature walk with Maasai guides, returning to camp for lunch. In the afternoon you will visit a nearby Maasai Village where you will get to know more about the way of life of the Maasai people before having a night game drive with a spotlight to seek out the nocturnal animals such as aardvarks, serval cats, caracals, bat-eared foxes, African wild cats, and other species. Head back to camp for dinner and overnight.

Awake to the noisy calls of the birds. After an early breakfast, we drive through the bush on our private track into Amboseli National Park, for a full morning of game viewing. Following a picnic lunch in the park, we return to camp later in the afternoon. In the evening you will go on a game drive in Selenkay Conservancy, stopping for a sundowner at a scenic viewpoint, followed by a night game drive. Return to camp for dinner and overnight.

Early breakfast and then drive through the Conservancy to the airstrip for the flight to Wilson, connecting onto the 10.20h flight to Nanyuki (arriving at 11.30h). You will be met at the airstrip and transferred to Porini Rhino Camp, located in the Ol Pejeta Conservancy, in the foothills of Mount Kenya. Lunch and afternoon tea in camp and then head off on a game drive with your driver-guide in the camp’s 4×4 safari vehicle. Return to Porini Rhino Camp for dinner and overnight.

Full day in Ol Pejeta with game drives and walking activities from camp. Dinner and overnight at Porini Rhino Camp.

Depart Porini Rhino Camp and fly from Nanyuki on the 09.45 Safarilink flight to Mara arriving at 11.00. You will be met and transferred to Porini Mara Camp, arriving for lunch. In the afternoon you will have a game drive with a sundowner at a scenic spot followed by a night game drive with spotlights to search for nocturnal animals, including the elusive leopards which are resident in Ol Kinyei Conservancy, before heading back to camp for dinner. Overnight at Porni Mara Camp.

Awake to the natural sounds of the Mara’s birdlife. Leave camp soon after dawn to explore the Ol Kinyei Conservancy on the lookout for elephants, buffalo, giraffe, plains game and the big cats. Breakfast. Later return to camp for lunch. Afternoon game drive, followed by a sundowner and night game drive on the way back to camp. Dinner and overnight at Porini Mara Camp.

Morning walk in the Ol Kinyei Conservancy. After breakfast leave camp and drive through Ol Kinyei and Naboisho Conservancies, game-viewing as you go, and on to Olare Motorogi Conservancy arriving at Porini Lion Camp for lunch. Afternoon game drive in the exclusive Olare Motorogi Conservancy, away from the minibuses and tourist vehicles seen in the reserve, and with an excellent chance of sighting lions, cheetahs and leopards all of which are found in the conservancy. Sundowner and night game drive. Dinner and overnight Porini Lion Camp.

Early morning game drive in the conservancy returning for breakfast. Mid-morning transfer to the airstrip for the 11am flight back to Nairobi’s Wilson airport (arriving 12.15h). Transfer to the international airport or a Nairobi hotel (hotel not included but can be added at a supplement).

Extra Nights can be added at any camp. Alternatively, extend your stay by flying to the Kenya Coast or the Spice Island of Zanzibar to relax on the pure white beaches of the Indian Ocean.

Contact us with our online enquiry form for a free quotation.

Exclusive vehicle use at Porini Camps:

Sole use of the open sided 4×4 safari vehicle during game drive US$ 375 per vehicle per day.

Late departure after 10h00 US$ 150 per person minimum 2 pax (includes lunch, soft drinks and activities before departure in the late afternoon).

Charter flight: Every year from 20th December to 31st March & from 01st July to 31st October we offer daily charter flights with minimum 2 pax between Nairobi, Wilson Airport and Amboseli, Selenkay Airstrip which is very close to Porini Amboseli Camp & Selenkay Adventure Camp. The supplement will be the same as if using schedule flight as provided above. The charter flight is only 35 minutes departing Nairobi, Wilson Airport at 08h00 and arriving Amboseli, Selenkay Airstrip at 08h35. (Camp’s vehicle transfer to Porini Amboseli Camp or Selenkay Adventure Camp for free). The fare will be the same as if using schedule flight fare upto Selenkay Airstrip however if clients fly to or from Amboseli Airstrip within the dates specified above then there is a supplement of US$ 50 per person one way for pick up or drop off.

Mombasa: For flying from Masai Mara to Diani/Ukunda/Moi Airport instead of flying to Nairobi US$ 430 per adult & US$ 285 per child 08 – 11 years (one way flight). Includes late departure charge & mandatory US$80 park fee.