The safari spends time in two exclusive wildlife conservancies in the Mara eco-system: Ol Kinyei Conservancy and Olare Motorogi Conservancy as well as in the Maasai Mara Reserve. Accommodation on safari is at Porini Mara Camp and Porini Lion Camp, which are small and authentic safari bush camps with no more than 10 guest tents so that you will have just a few other like-minded people as company. Here you will escape from the crowds and experience the African wilderness without the presence of other tourist vehicles and with the personal attention of your photographer escort.

Transport from Nairobi to the Mara is by scheduled flights to avoid a long journey over bumpy roads and to give more time to viewing the wildlife. From the camps, game drives are taken in exclusive open-sided 4×4 safari vehicles with experienced safari driver-guides. Paolo Torchio was born in Turin, Italy, in 1961 and came to Kenya in 1990. A keen photographer since childhood, he was immediately captivated by the African wildlife and wilderness areas that he encountered, and quickly made the country his home.

Paolo’s work has appeared in a host of other Kenyan wildlife and travel magazines, including Travel News, Kenya Birding, and About Kenya, as well as in some illustrious wildlife magazines elsewhere in the world. Paolo’s photography has earned widespread acclaim. In 2006 he was declared Overall Winner of the East African Photographer of the Year Award.

His photographs and articles documenting aspects of the region’s animal, bird and insect life have appeared regularly in Swara, the quarterly magazine of the East African Wild Life Society (EAWLS), where they are seen all over the world.

Read what our guests say: 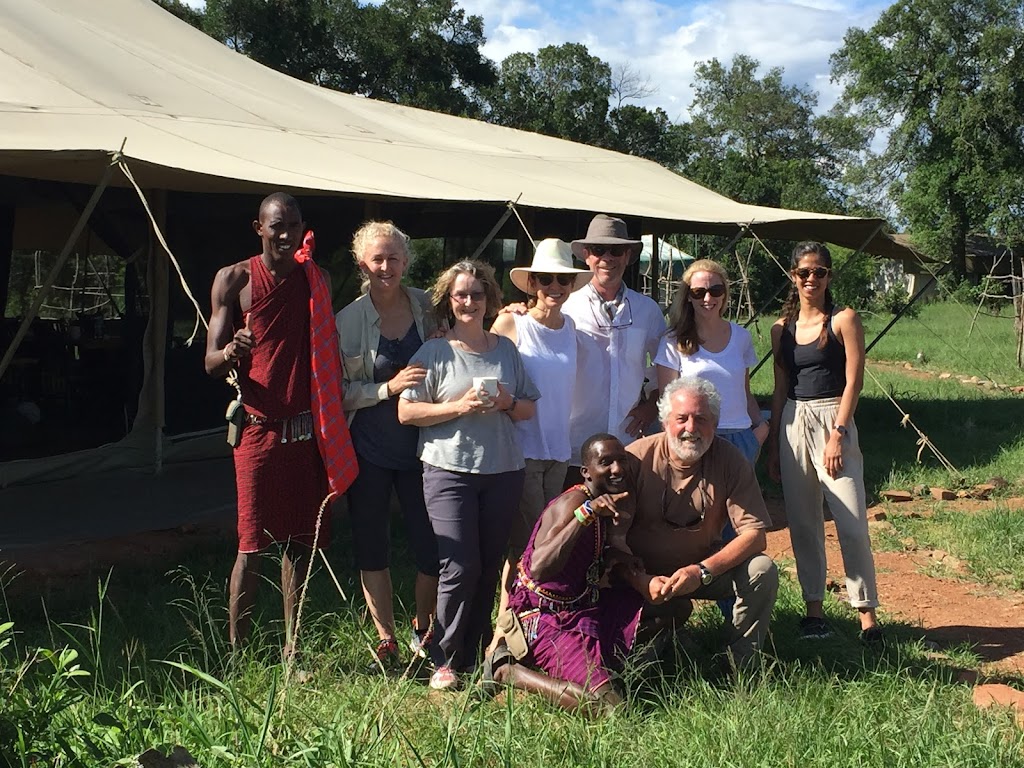 “I am not a photographer, but even with my point and shoot bridge camera and limited experience I was able to put together some nice shots. Paolo encouraged us to see things differently and of course, having lived in Kenya for years he knows where to look! He and the Porini guides and drivers made a great team. Paolo has a very easy way of working, letting things emerge and responding with his expertise and ideas when needed, gently guiding things along. And he was also a lot of fun to be with!” Denise Finney

“My husband and I have traveled all over the world, and have learned that sometimes things don’t meet our expectations. This was not the case with Gamewatchers – the safari experience they arranged for us exceeded my expectations on every level. From the moment we landed in Nairobi, everything was taken care of – from the airport pickups and transfers, to making sure we were comfortable in our hotel before heading out to the camps, to dietary restrictions and special needs – they do it all. Our Masaai guides gave us the experience of a lifetime. Excellent food, accommodations and care… breakfasts in the field, nightly sundowners – and a professional photographer to teach us how to take great safari shots! I couldn’t recommend this authentic experience any more highly. We were treated like family, and I can’t wait to return again and again. Thank you Gamewatchers!” Patti Pagliei

“Paolo did not disappoint. He worked with our guide and drivers to help find the best angle and lighting. He helped us in our settings in difficult lighting situations. He never told us exactly what to do, but worked with us so we would learn how to find the answer ourselves. I feel that there are photographic lessons that I learned during these 7 days with Paolo that will stay with me forever. He has a great knowledge of the culture and animal behavior. His sense of humor was spot on. In fact, this will not be the last trip we take with Paolo. He is stuck with us as friends forever now!” Tori Bohn

Arrive in Nairobi and transfer to Wilson Airport for the 50 minute flight to the Mara, landing at Naboisho Ol Seki airstrip from where you will be transferred to Porini Mara Camp (click for more pictures) for 3 nights. Game drives and walks will be taken in the Ol Kinyei Conservancy to photograph the wildlife for which the Mara is famous. Night game drives will also be taken.

A full morning traversing the Naboisho Conservancy from Porini Mara Camp in Ol Kinyei Conservancy to Porini Lion Camp (click for more pictures) in Olare Motorogi Conservancy with plenty of time for game viewing along the way, arriving for lunch. Afternoon game drive and overnight at Porini Lion Camp where you will stay the next 4 nights.

A further 3 days in the Mara with game drives in the Olare Motorogi Conservancy and in the Mara Reserve depending on where your guide considers the best wildlife viewing to be available.

Final early morning game drive and transfer to the airstrip to fly back to Nairobi. Transfer to Jomo Kenyatta International Airport Nairobi for your flight home.

We can arrange an overnight stay in Nairobi (at a supplement) at the start or end of your safari depending on your international flight times.